Meet the Peabody Sisters from the 19th Century. You probably haven’t heard of them. That’s the problem. 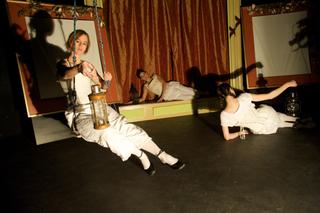 This original performance by Performers Exchange Project uses the story of Elizabeth, Mary and Sophia Peabody – remarkable female intellectuals and artists living in the 19th century – as a springboard for a vaudevillian fantasia on being a woman, an artist, an intellectual, and an American.

The original production of Our American Ann Sisters was developed in cooperation with Live Arts in Charlottesville. It premiered there in December 2009. Directed by Martha Mendenhall, Written by Jennifer Hoyt Tidwell, Performed by Sian Richards, Doreen Bechtol, Jennifer Hoyt Tidwell, Kay Ferguson and Jude Silveira.

“I never go to the theater. Perhaps once a year I’ll see a play (perhaps not)….I was completely blown away…It was like nothing I’d ever seen before. I’m still not sure exactly what happened, but I was captivated. – Sonjia Smith, audience member

“This is creative theatre at its finest.” – The Daily Progress 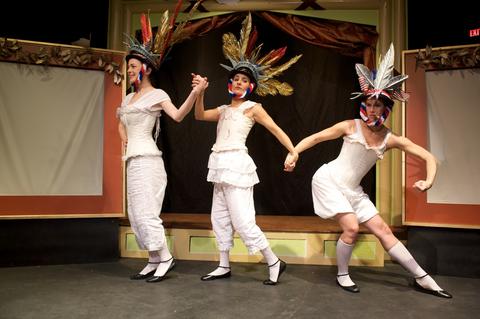 Photo by Will Kerner

This event is a part of
Minds Wide Open

Virginia Celebrates Women in the Arts

About PEP: PEP, the Performers Exchange Project, is a collective of Central Virginia theatre artists dedicated to developing and performing original works in and for their community. After having worked together in different configurations for over 10 years, PEP formed in 2005. PEP is Martha Mendenhall, Sian Richards, Kara McLane Burke, Doreen Bechtol, and Jennifer Hoyt Tidwell. Visit the PEP website at http://www.performers-exchange.org/ 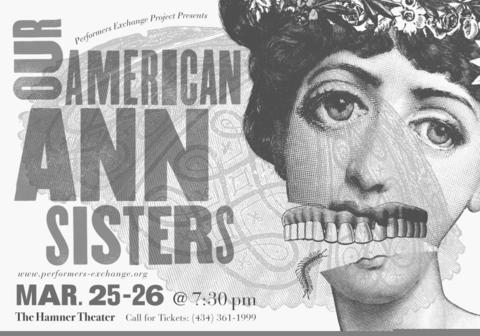