A Christmas performance at the Hamner Theater on December 4, 2008. 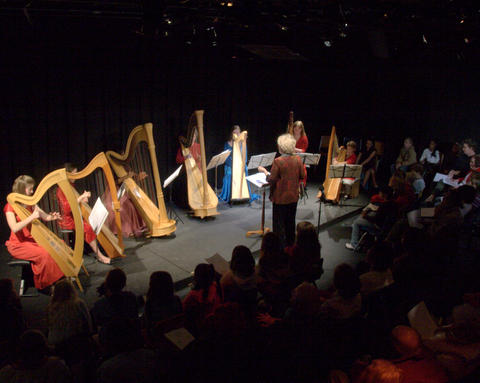 The ensemble performed a variety of seasonal selections, including a new arrangement of The First Noel, as well as some less-traditional favorites (The Blue Danube, by Johann Strauss), chosen by the ensemble members. There was also an audience sing-along of Silent Night. Each song began with a brief introduction by a member of the ensemble. In attendance were about 30 students from Tye River Elementary School. They were joined by the Nelson County seniors group, who meet weekly at the RVCC. This concert was dedicated to the memory of Nelson County residents Alan and Naomi Scherr, who lost their lives in Mumbai.

Virginia Schweninger is Harp Instructor at Lynchburg College, Sweet Briar College, Randolf-Macon Women’s College and The Music Emporium, and can regularly be heard most Sundays at Basic Necessities in Nellysford. 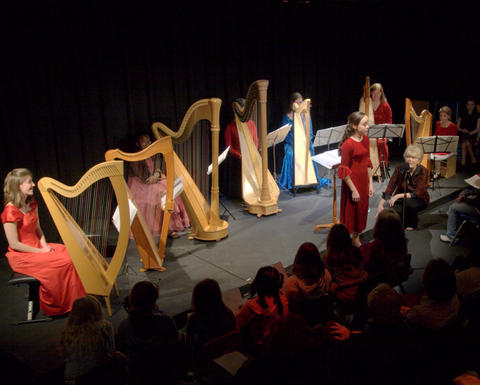 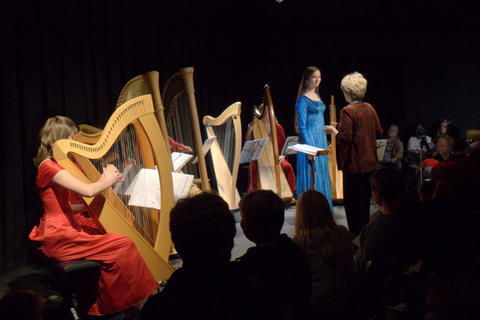 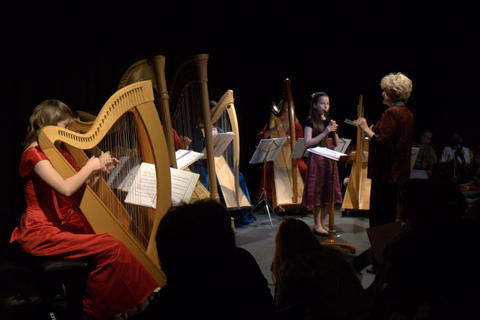 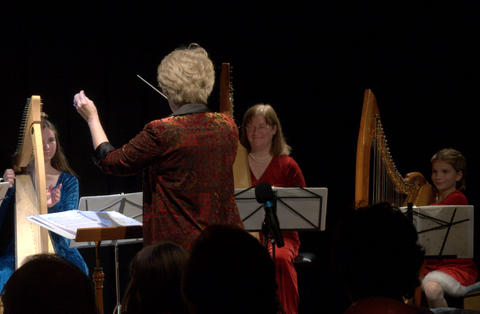 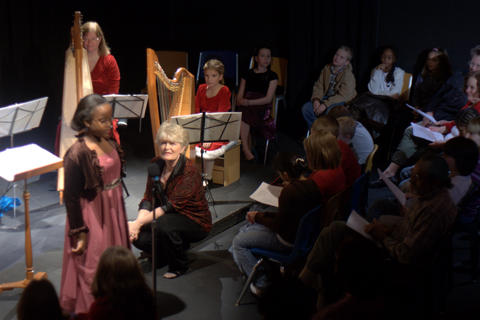 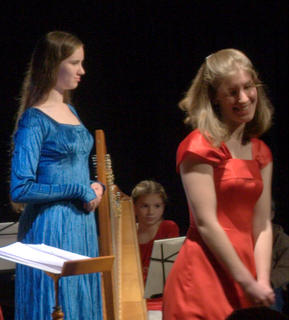 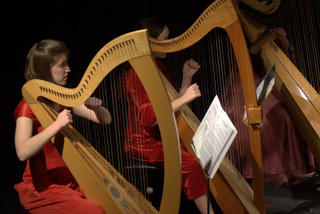