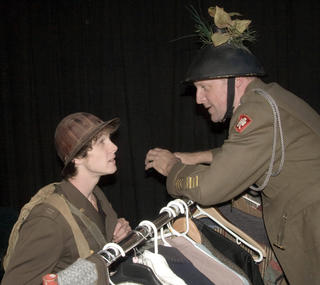 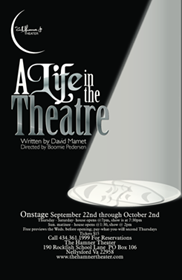 Hamner Theater presents A Life in the Theatre by David Mamet, opening Thursday, Sept. 22 and running through Sunday, Oct. 2.

A Life in the Theatre as been called a “love letter” to the theater. In 26 intermingled onstage and offstage scenes, David Mamet tells the story of the passing of the torch from one generation to the next, using the fluctuating relationship of two actors in a repertory company, one older (Robert, played by Bill LeSueur) and one younger (John, played by Eamon Hyland).

Written in 1977, this is a gentler Mamet than the Mamet of Glengarry Glen Ross ut words still pierce as sharply as darts, pauses speak as loudly as words and the laughter is abundant.