From Four County Players:
Oscar Wilde’s classic play follows Jack, a country bachelor who goes by the name Ernest when he pops into the city; and his friend Algernon, who seeks a thrill by becoming Ernest in the country. Jack proposes to Gwendolen Fairfax while Algernon, posing as Jack’s wicked brother Ernest, falls in love with Jack’s ward, Cecily.

“..plenty of jokes to spare, each one funny in about a dozen different ways and Holdren’s command of timing evident in every one.”
Something like trivial, something like brilliant, but closer to hilarious (Drew Jackson, Orange County Review, May 11. 2011) 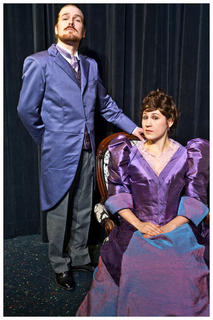 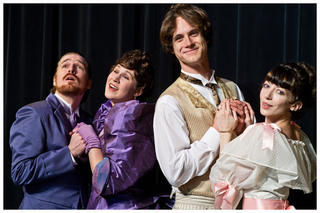 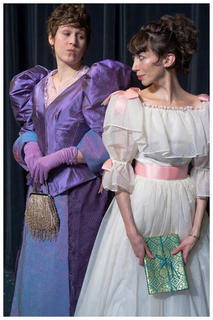