Part of the Newtown Project

We are excited to present Royal’s new play, Lamentations during our monthly Community Conversations. We will begin on Saturday, March 20th and continue monthly showings until Junteenth.

Shirée was nominated for the “James River Council Arts and Humanities’, Celebrate Diversity: Black Artists in Lynchburg.” Shirée is a former board member and producer/director for Riverviews Artspace where she created “Perspective Presents,” training non-professional and novice storytellers to perform true stories interpreted from themes. She is currently the Resident Playwright and board member at Hamner Theatre; is a member of the Central Virginia Theatre Alliance;  Honor Roll!, an advocacy and action group of women+ playwrights over 40; is a Fellow at the Virginia Center for the Creative Arts and a Dramatists Guild member.  Shirée earned a hybrid English M.A. in Scholarship and Creative Writing from Lynchburg College 2012 and an M.F.A. in Playwriting from Hollins University 2013.

Ordained as a Minister of Dance.

Julinda has been dancing for more than 50 years:

“I don’t know, but I’ve been told, if you keep on dancing, you’ll never grow old.”

Brenda (Bebe) Wilson’s love and passion for the performing arts was instrumental in her decision to move from her native home of Louisiana. Upon arriving in Houston Texas, she began working with the late founder George Hawkins at The Ensemble Theatre. She has been an integral part of The Ensemble Theatre for 33 years. Bebe last appeared in the Ensemble Theatre production of The Old Settler. She has many stage credits such as Nacirema Society as (Alpha Campbell Jackson), King Hedley II for her role of Ruby (2011-2012 Giorgee Award for Best Leading Actress), Cinderella, Seven Guitars, The Waiting Room, Gem of the Ocean, Livin’ Fat, The Man Who Saved New Orleans just to name a few. Bebe received a Giorgee Award for Best Supporting Actress in Seven Guitars and was nominated by the Houston Chronicle as Best Actress for Gem of the Ocean. Bebe also had the pleasure of working with a new playwright Crystal Rae and performed her play “Lamariya” at New York City Midtown 2016 Summer Festival. Bebe had the pleasure of playing the role of Aunt Daisey in the Houston Urban Nutcracker produced by Lab Performing Arts Initiative.

Bebe’s directorial credits include Hi Hat-Hattie, The Second Princess, Crowns, Shakin’ the Mess Outta Misery, Bourbon at the Border, Christmas Miracle, Grey Panthers, Girls Night Out: A Twist of Faith, Roll of Thunder Hear My Cry, Less Than a Fairytale, and Line Dry.

Bebe currently serves as the Executive Director of the Talented Tenth Theatre.

(Bebe) Wilson is a wife, mother and grandmother and enjoys working with children.

Leigh Lunsford has appeared in over 30 area theatrical productions with the Waterworks Players Community Theatre, Hampden-Sydney College Theatre, Unified Theatre Company, and Longwood University Theatre.  She will be making her film debut in Recollection to be released in April of 2021.  In addition to her passion for acting, she loves all things mathematical and is currently a Professor of Mathematics at Longwood University.  When she is not on stage or doing mathematics, she leads a peaceful life at home with her husband, Marcus Pendergrass, and their two cats. 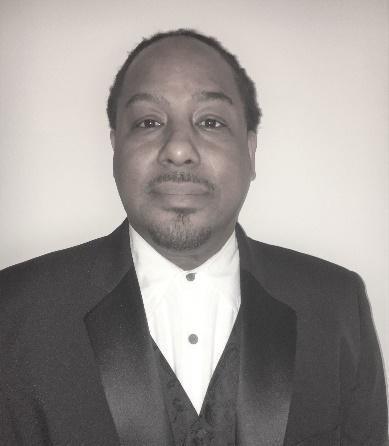 Native of Washington, D.C., Gregg Cork is a photographer and spoken word producer. He has written and performed in plays for holiday and historical events and celebrations for public schools and religious organizations.