In the Press:
Nothing compares 2 Much Ado, by Brendan Fitzgerald,
C-ville Weekly, July 7, 2009

Hamner Theater to perform ‘Much Ado About Nothing’, by Casey Gillis, The News & Advance, June 25, 2009 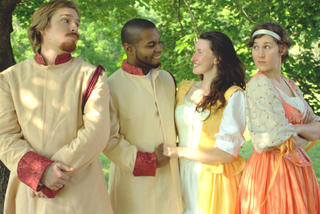 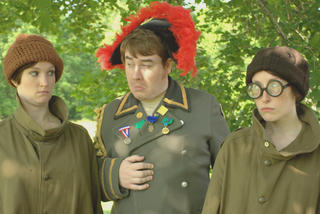 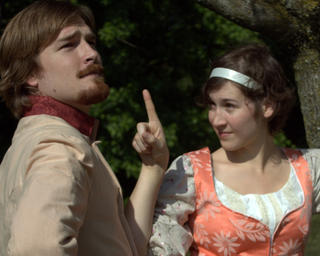 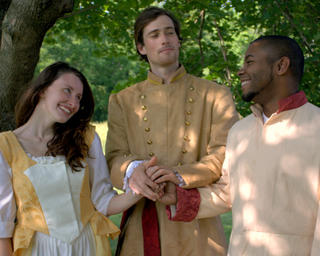 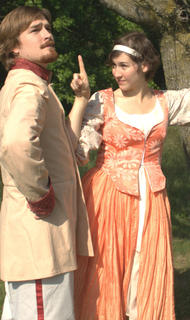 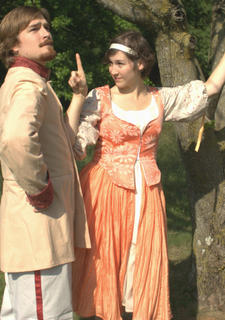 Love and laughter – deceptions and double-dealings – music and mischief – in one of Shakespeare’s best-loved comedies, Beatrice and Benedick match wits while comic deceptions and dark schemes lead young lovers to make Much Ado About Nothing.

See below for details of Saturdays in the Vineyard.

New – Dinner Theater! For an additional charge of $10, boxed dinners are available for all shows if pre-ordered; call the Hamner Theater for details. 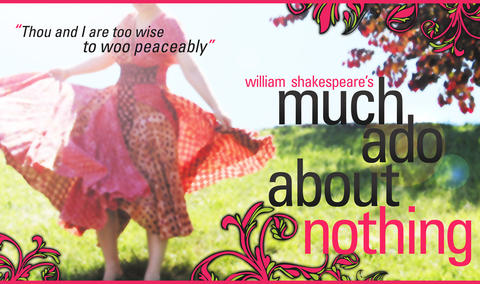 Much Ado About Nothing will play Thursdays – Sundays, June 25 – July 12.
Tickets are $10, $5 for children under 10, at the door, or by reservation at 434-361-1999. Seating for all shows at the Hamner is limited, so please reserve early.
(Seating at the vineyard shows is first come, first served, no reservations. In the event of rain, the first 60 arrivals at the Theater will be seated.)

A free preview show will be performed on Wednesday evening, June 24 at 7:30pm. Opening Night performance Thursday, June 25 will be followed by a champagne reception.

Saturdays at the Vineyard
On Saturdays, the show will be performed outdoors at Cardinal Point Vineyard (June 27, July 4) and at Mountain Cove Vineyards (July 11), starting at 7:00 p.m. Picnickers are welcome, with vineyard grounds open at 5:30; seating is first come, first served. (No outside alcoholic beverages allowed.) Bring blankets and lawn chairs. In case of rain, Saturday shows will be held in the Hamner Theater, starting at 7:30 p.m, with seats going to the first 60 comers.
‘Five-dollar Fourth’ – all tickets only $5 for the July 4 outdoor show at Cardinal Point Vineyard.