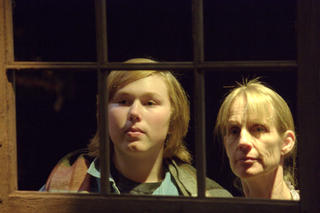 The heart-warming story of a family waiting for the magic of Christmas Eve to arrive – not Santa, but Daddy – told from the perspective of the adult Clay-Boy as he remembers the journey he took, that snowy evening long ago…

“It is remembered in my family that on Christmas Eve of 1933 my father was late arriving home. That, along with the love he and my mother bestowed upon their eight red-headed offspring, is fact. The rest is fiction.” Earl Hamner

ALL PERFORMANCES are SOLD OUT.

Please note that the doors open 30 minutes prior to curtain;
we cannot promise to hold seats past curtain time.

There will be a free Preview Wednesday, November 18 at 7:30 p.m.
Performances on Thursday, Nov. 19 and Friday, Nov. 20 will be followed by a free cider & cookies reception with cast and crew.

The Hamner Theater thanks The Covesville Store for help with props for The Homecoming. 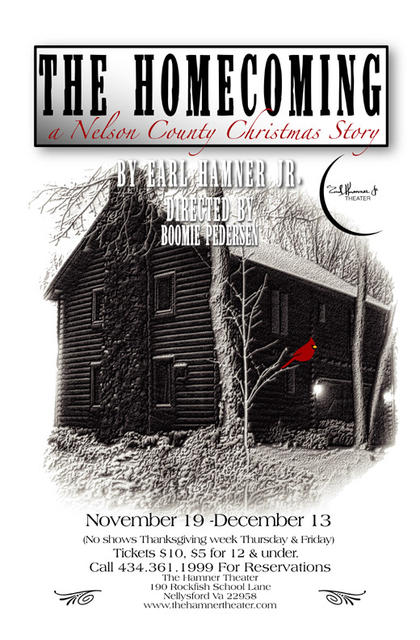