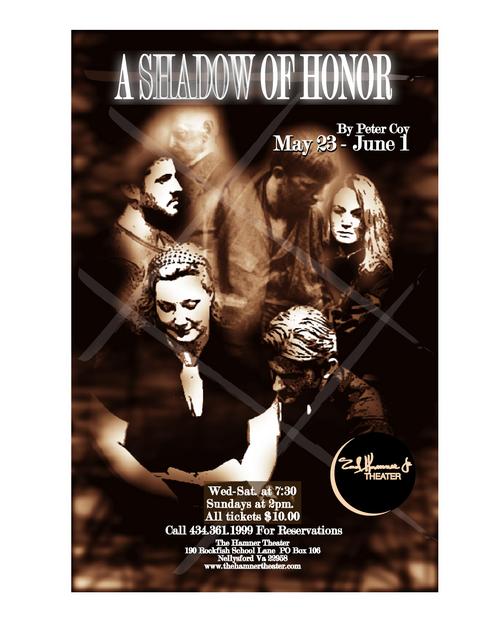 A Shadow of Honor in the Press:

Nelson County Life talks about A Shadow of Honor Go there to hear an interview with playwright Peter Coy.

Century old murder trial brought back to life by Chris Graham, in The Augusta Free Press, 5/05/08.

A Shadow of Honor, a thought-provoking new play by playwright Peter Coy, is inspired by the true events of the William Loving murder trial. Set in Nelson County, where Loving and his family lived, the play merges the 1907 story of William & Caroline Ruffin with the present-day story of Kathy and Tyler, who have unknowingly moved into the house inhabited by the Ruffin family a century earlier. The result is a play about history and family, love and war, where past and present collide with a new generation and something has to give.

A Shadow of Honor will play Wednesdays – Sundays through June 1. There will be a free Preview Wed, May 21 at 7:30pm. Opening Night performance Friday, May 23 will be followed by a champagne reception with members of the cast and crew. Peter Coy and director Boomie Pedersen will participate in a talk-back session after the May 30 performance. Tickets are $10, at the door or by reservation at 361-1999. Learn more at www.thehamnertheater. com. 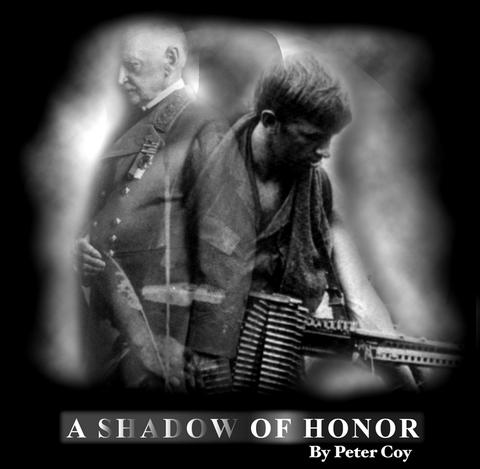