The Tragedy of John Wilkes Booth by William Shakespeare

Macbeth, Hamlet, Marc Anthony—John Wilkes Booth played Shakespeare’s greatest tragic heroes, and in an afterlife encore, he remains trapped in those roles as he relives his plot to kill the President.

On Sunday, Dec. 7 at 4pm, there will be a free Staged Reading of the first play of the Virginia Playwrights Initiative, The Tragedy of John Wilkes Booth by William Shakespeare, by Washington and Lee faculty member Chris Gavaler.

Playwright Chris Gavaler completed an MFA at the University of Virginia, and now teaches at Washington and Lee University. In September, he won Best Playwright award in the Pittsburgh New Works Festival for his one-act play “Man Woman/Hombre Mujer”. The Pittsburgh Post-Gazette hailed that play as the best by far, with “a clever exploration of language and how much – or how little – we need it.” It is the third year in a row that Gavaler has won the Pittsburgh New Works Festival’s playwright award.

Playwright Chris Gavaler reading his play The Tragedy of John Wilkes Booth by William Shakespeare to the VPI company. 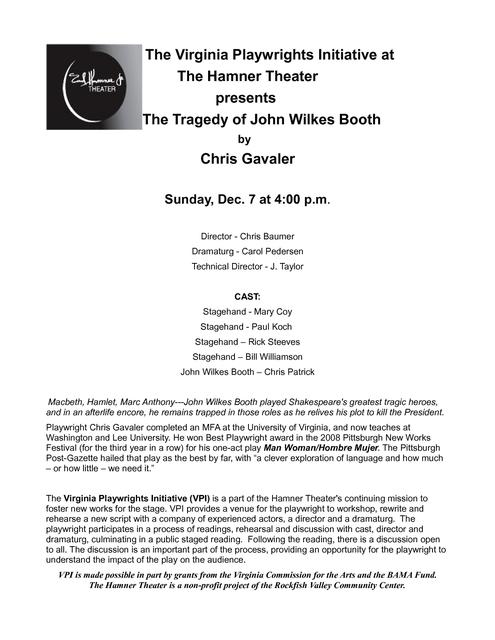 The Virginia Playwrights Initiative (VPI) is a part of the Hamner Theater’s continuing mission to foster new works for the stage, specifically those by Virginia playwrights. It is made possible in part by grants from the Virginia Commission for the Arts and the BAMA Fund. VPI provides a venue for the playwright to workshop, rewrite and rehearse a new script with a company of experienced actors, a director and a dramaturg.

Over a three-week period, the playwright participates in a process of readings, rehearsal, discussion and meetings with cast, director and dramaturg, culminating in a public staged reading.

Following the reading, there will be a discussion open to all. This discussion is an important part of the process, providing an opportunity for the playwright to understand the impact his play has had on the audience.

Sponsored in part by BAMA Works, the Nelson County Community Fund, and the Virginia Commission for the Arts. 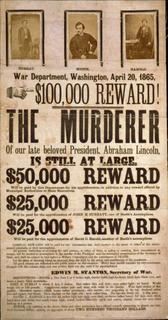 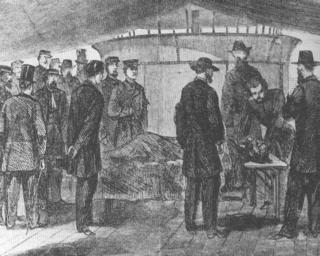