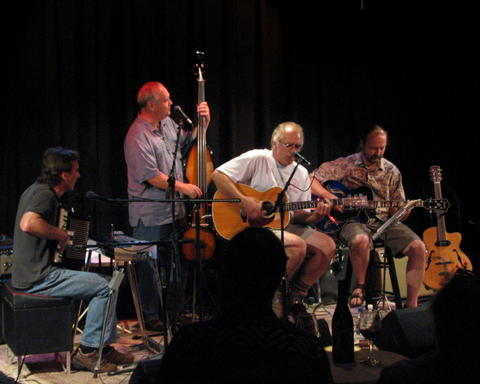 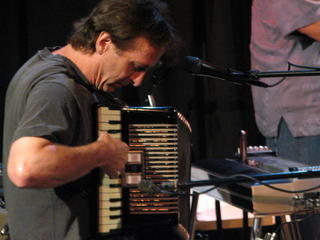 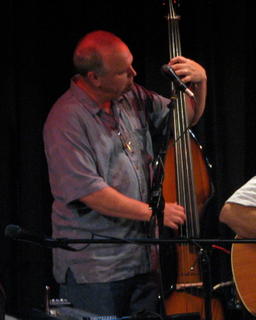 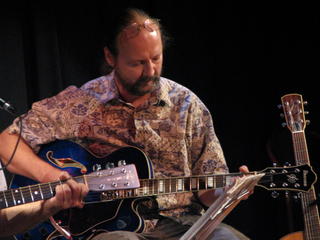 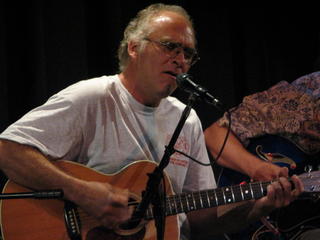 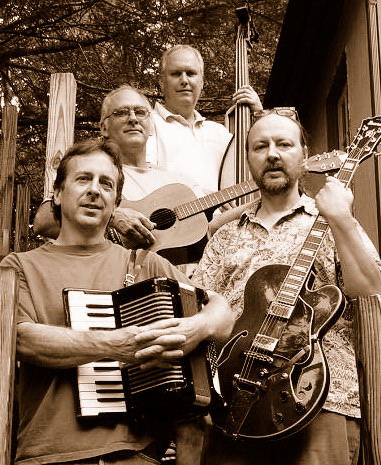 The Buzzard Hollow Quartet was formed by some of Charlottesville’s long-standing musicians who have played together and separately in various configurations for the past 20 years. Its members have been influenced by western swing from Bob Wills, Tex-Mex from Doug Sahm and the high lonesome sounds of Ralph Stanley and Peter Rowan, amongst others.

The band consists of Kurt Dressel on acoustic and electric guitars, Tim Anderson, a powerful and soulful singer (Stoned Wheat Things, and Big Circle) on vocals and acoustic guitar, Sonny Layne (The Terri Allard Band) on bass and vocals, and Jeff Saine (Guano Boys) on pedal steel and accordion.