An original play adapted for the stage by Peter Coy from the book by Michael White.
Directed by Boomie Pedersen.
Featuring Jen Hoffman, Joel Jones and Bill LeSueur.


‘When everyone you meet has some beautiful memory of your father,
you start believing that you knew him, too.’
– Franz Mozart (Mozart’s son), Imaginary Letters, Mozart Remembered.

Imaginary Letters: Mozart Remembered explores the influence of Mozart’s life on his music, interweaving reminiscences of Mozart from letters written by his wife Constanzi, son Franz, cousin Anna and associates, including Salieri & Schikaneder. An original play adapted for the stage by Peter Coy from the book by Michael White, it was originally commissioned for the Wintergreen Summer Music Festival, where it received its world premiere in July, 2010. Juilliard Professor Michael White has drawn upon a lifetime of research, teaching, listening, and — most of all — admiring and loving Mozart and his music to paint this poignant & entertaining portrait of the great composer.

The after-shows on Friday & Saturday will begin at approximately 9:30 p.m.,following a Talkback with Michael White. Admission is included (or, $5 for Life Insurance only). 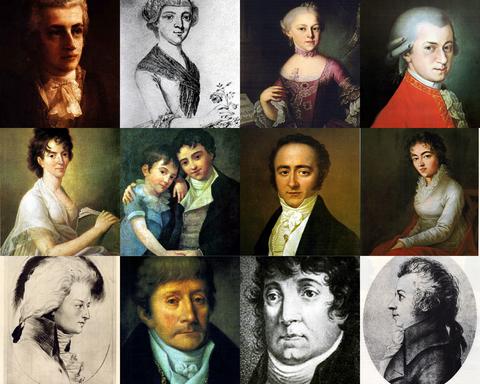 About Michael White:
Michael White was born in Chicago and received his musical education at The Juilliard School, where he studied with Peter Mennin and Vincent Persichetti. He has composed music in virtually every medium, with an emphasis on vocal works. He has received multiple awards and grants for his compositions, including three Ford Foundation Fellowships and a Guggenheim Fellowship; grants have come from the Soros Foundation, the Fels Foundation, the Arts Councils of New York and Pennsylvania, ASCAP, the Oberlin Conservatory, and UNESCO.

Mr. White has lectured extensively for the New York Philharmonic, the New York Youth Symphony, and for several music festivals, including those in Bowdoin (ME), Rockport (MA), and Long Island, among others. He has written articles on various musical subjects for the Seattle Times, the Philadelphia Post-lntelligencer, the Musical Review, and other journals. He has taught on the faculties of the Oberlin Conservatory, and the Philadelphia Musical Academy, where he served as the chairman of the Composition and Theory Department. Since 1979 he has been a member of the graduate faculty at The Juilliard School, where for ten years he served as the chair of the Department of Literature and Materials of Music.

Although he also teaches such graduate courses as “Chamber Music” and “20th Century Opera”, Michael White’s area of expertise has always been the life and music of Wolfgang Amadeus Mozart. He has described this subject as “a true obsession”, and as his “first and last love”.